Hagia Sophia, built as a church, then transformed into a mosque, is undoubtedly one of the most splendid monuments of all time. 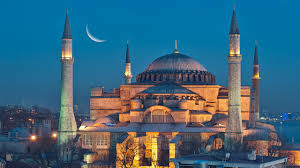 In the following centuries, no other building was able to surpass this majestic architectural monument.

The church built in the 6th century, was transformed into a mosque by the Ottomans in 1453. In 1935 was trasformed in museum and visited as a museum until 2020 and today  as a mosque can be visited every day.

Hagia Sophia, from the year 537 until the conquest of Constantinople, functioned as a church for 916 years and after the conquest until 1934, it functioned as a mosque for 481 years. In order to bring to light the mosaics (covered with plaster) a major restoration was carried out with the order of Ataturk (founder of the Turkish Republic) and was opened to the public in 1935 as a museum.

Hagia Sophia, the only example of Byzantine art, is considered the synthesis of the characteristics of western and eastern architecture.

Cathedral of San Giorgio Megalomartyr and Triumph (Patriarchal Church): The church is the fifth in order of succession to host the Ecumenical Patriarchate starting from the 15th century. The church that was part of an Orthodox monastery was elevated to a cathedral in the year 1600 by the patriarch of Constantinople Matthew II. Behind the church are the administrative buildings and the library of the Patriarchate of Constantinople.

The church was modified several times over the years in 1614 and 1738. The church was damaged in a fire in 1942 and was completely restored in 1991. The most precious relics were saved from the flames.

The patriarchal church is a basilical plan with three naves, divided into a narthex. In the narthex are the icons of St. George and the Prophet Elijah. The Patriarch’s throne is raised in the central nave. An inscription on the pediment allows us to date the throne to 1576. Four meters high, it is built in walnut with ivory and mother-of-pearl decoration.

The eighteenth-century iconastasis that combines elements of Byzantine and Renaissance, Baroque and Otoman art, separates the pedestrianized from the presbytery.

In the church there are three important icons: The mosaic icons of the Blessed Virgin depict the Mother of God with the Child. 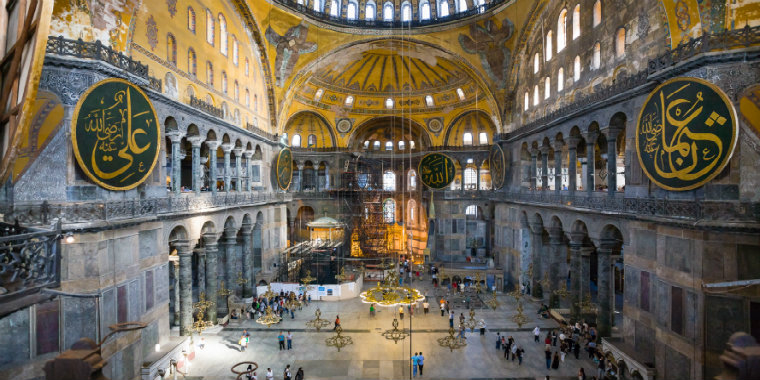 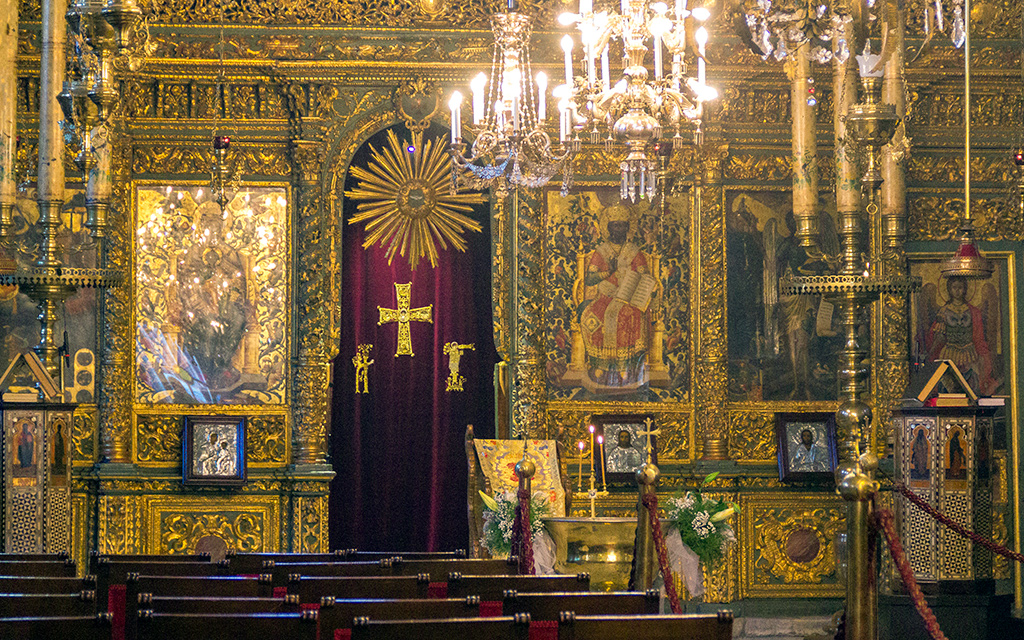 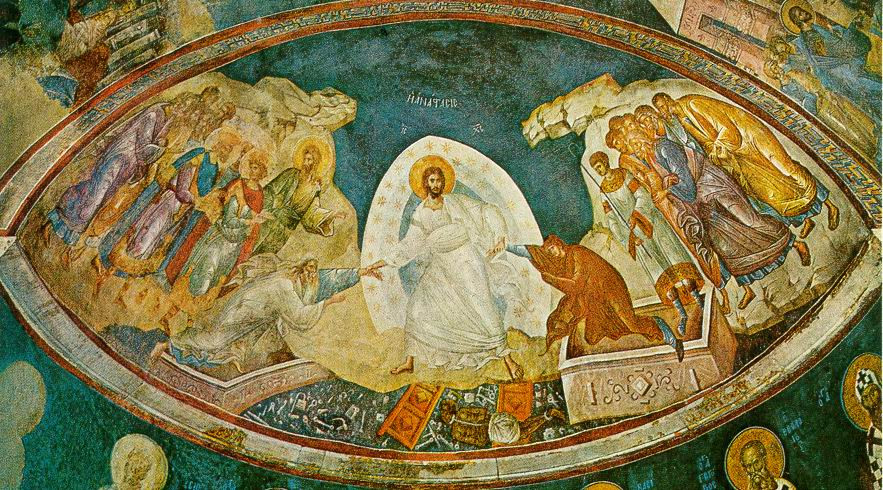 Like the icons, so also the relics of the three Holy Bishops occupy a central position in the cult of the church: The three Hierarchs – Basil the Great, John Chrysostom and Gregory the Theologian are the greatest theologians of the Church of the first centuries. In November 2004 the relics of the three Holy Bishops were returned by Pope John Paul II. to the Ecumenical Patriarchate. The relics had been brought from Constantinople to Rome after the IV Crusade. Today they are kept on the left side of the Church.

The Column of the Flagellation: A short distance from the relics of the Holy Women, there is the fragment of the column to which Christ was tied and suffered the scourging. This column was transported to Constantinople by San’Elena after a visit to the Holy Land in the 4th century.

Today the Church of San Giorgio has a spiritual role as the center of the Ecumenical Patriarchate and considered as a pilgrimage destination for Orthodox Christians.

We do not have precise information about the early days of the Church of San Salvatore in Chora dedicated to Jesus Christ. The word “Chora” in ancient Greek means outside the walls – in the countryside and for this reason it is admitted that a cult complex existed in this place from the earliest times.

The current church was built by Maria Ducaina, the mother-in-law of the emperor Alexius Comnenus in the 11th. century, it was restored and enlarged in the XII. century by Isaac Comnenus and in the fourteenth century Theodore Metochite added the exonarthex and funeral chapel to it.

In the museum of Chora (Kariye) today there are the most splendid mosaics of the Byzantine period that deserve to be admired. 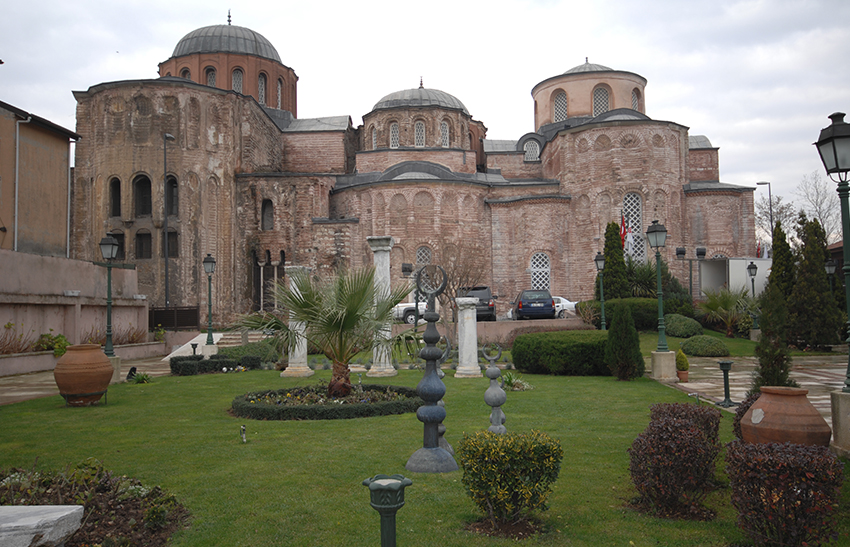 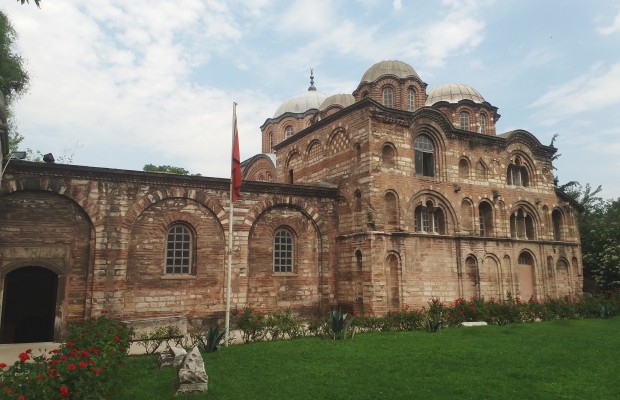 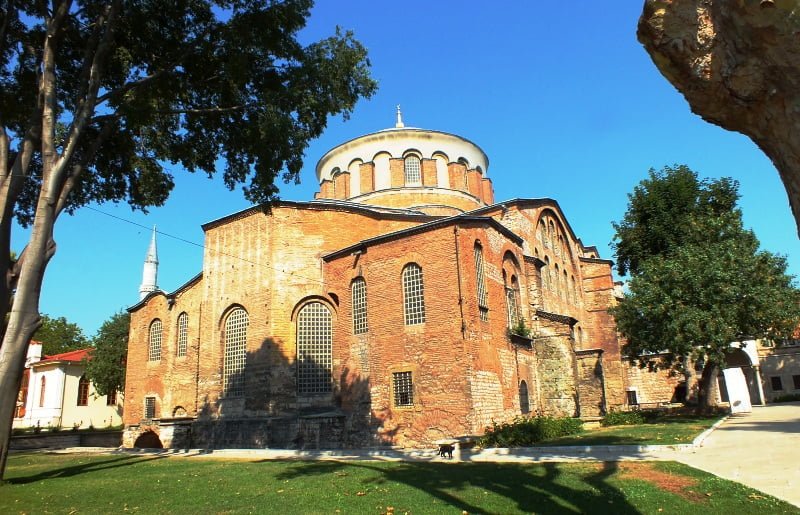 Church of Santa Irene, the second largest Byzantine church after Santa Sofia, was built for the first time in the 4th century on the site of an ancient temple dedicated to Aphrodite. It took its current appearance with the restoration done during the reign of Emperor Justinian in 532. The 2nd ecumenical council was held here in 381.

After the conquest of the city, the church was not transformed into a mosque by the Ottomans and was used as an arsenal. Today it is a museum that can be visited with special permission. In recent years, it has been used for classical music concerts, because it has excellent acoustics.

Monastery of Pantocrator, it was built in the XII. sec. by Emperor John Comnenus and his wife Irene. Its architect is the famous Nicephorus. The church consists of three chapels, a hospice, a library, three cisterns and a nursing home. The colored mosaics of the floors and the remains of the stained glass windows are the specimens that have come down to our days, and testify to its period of splendor.

The masonry was built with the embedded brick technique. The northern and southern churches have a dome with a cross-in-square plan. The southern church is the largest. On the east side it has an exonarthex. The building has two domes, one above the naos and the other above the women’s gallery of the narthex.

After the fall of Constantinople, the building was transformed into a mosque and the monastery was converted into a Coranic school. The Ottomans named it Zeyrek Mosque in honor of a master who taught here. The structure is active as a mosque for the Muslim faithful. It is open every day for visitors who come to discover this witness of the past.

Church of Theotokos Pammacaristos (Blessed Mother of God); the church was built in the XII. sec. by the wife of Emperor John Comnenus. In the XIV. sec. a small funerary chapel was added to it. Its paraklesion is one of the most famous remaining Byzantine churches of Istanbul. It is one of the most important examples of the architecture of Constantinople, it still retains most of the Byzantine mosaics after Santa Sofia and San Salvatore in Chora.

The church was converted into a mosque after the fall of Constantinople and to commemorate the conquest Georgia and Azerbaijan it was called Fethiye Mosque (Conquest Mosque).