Basilica Cistern, now a museum, is one of the most majestic constructions that succeeded to this day. It was built by Emperor Justinian in 532. It is a building that occupies a vast area measuring 70 m. x 140 m. and the cistern has a capacity of 80,000 m³ of water. 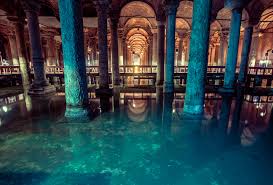 The cistern was built to supply water to the Byzantine palace and other surrounding buildings. The water was transported via Valens aquaducts from the Belgrade forest (21 km from Istanbul).

The cistern has 336 columns that reach a height of 9 m. Under two columns of the cistern are the statues of the heads of the Medusa, one upside down, the other crooked. According to historians, these heads were placed either to raise two columns that were lower than the others, or to protect the cistern from evil eyes. In mythology the Medusa is one of the three gorgons that has the ability to petrify whoever looks at her.

During the works begun in 1985, the mud of several tons was removed from the cistern and keeping the water level low, a walkway was built that allows you to visit the cistern till the last part. Today the cistern can be visited by listening to music accompanied by the play of lights.

The Cistern of a Thousand and One Columns is the second largest underground cistern in Istanbul and is located a short distance from the Basilica Cistern. The cistern measures 64 x 57 meters and could hold up to 40,000 m³ of water.

Despite the Turkish name of the cistern being “Cistern of 1001 Columns”, there are 224 columns within the structure.

The cistern was built in the 4th century. During the Turkish conquest of Constantinople, the Cistern of 1001 Columns had fallen into oblivion. It was only rediscovered in the 17th century. In 1827, during the suppression of the Janissary Corps by Sultan Mahmut II, some Janissaries sought escape from the annihilation that was taking place on the streets of the capital near the cistern, but most of the fugitives ended up drowning. 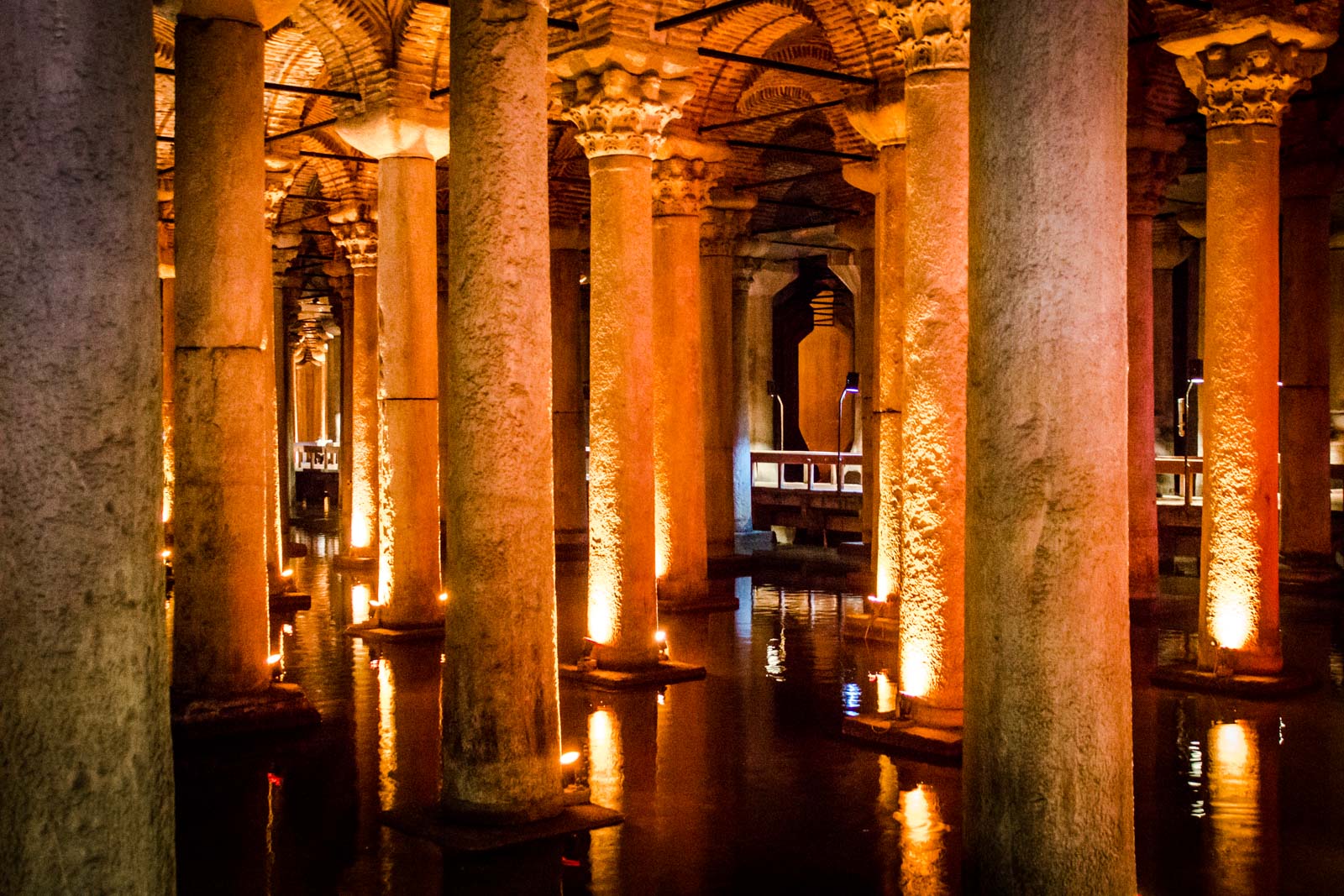 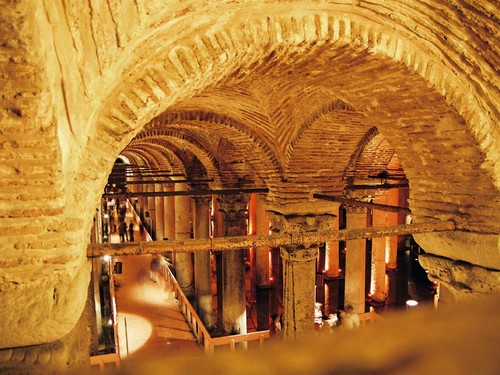 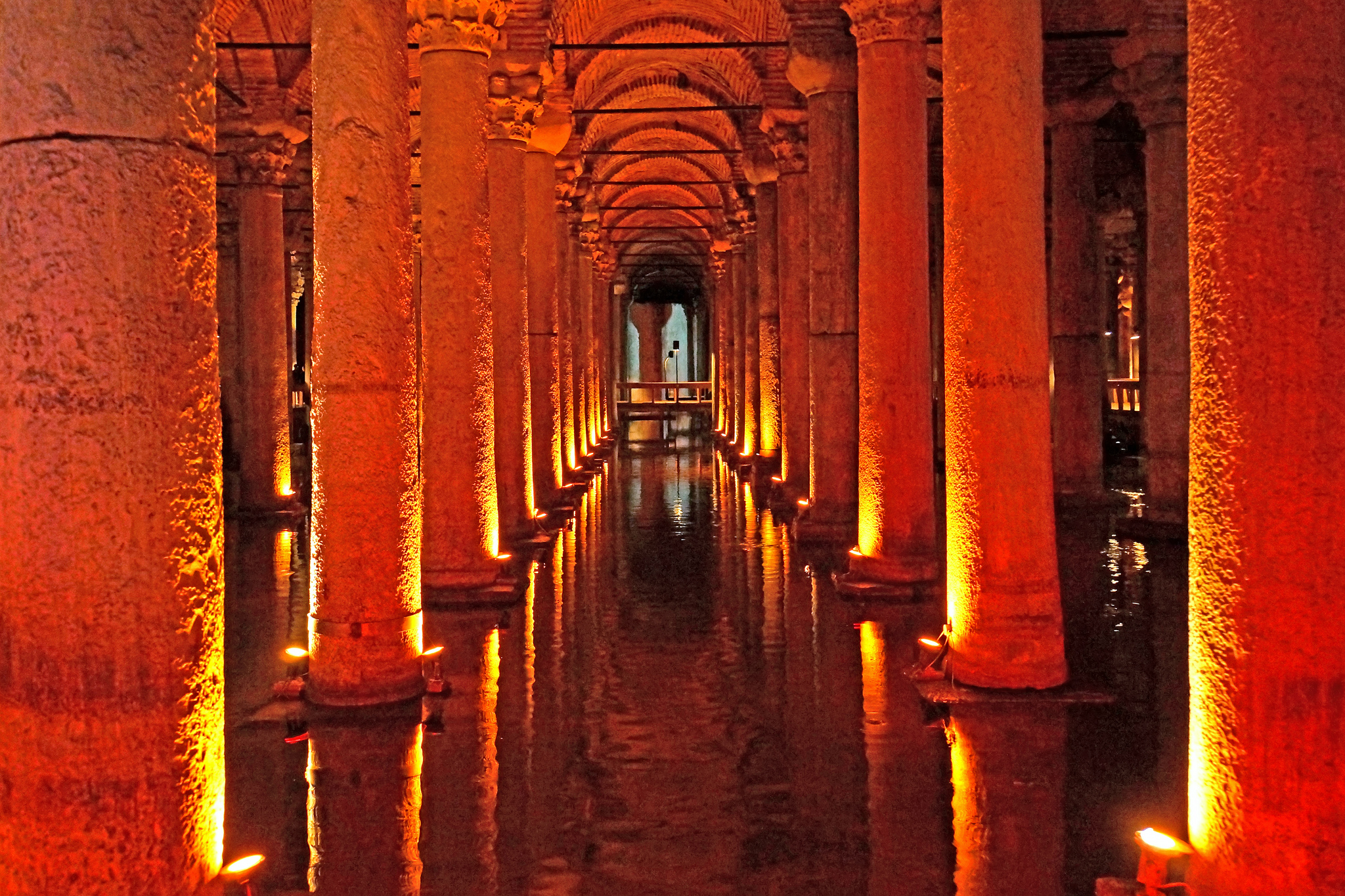 The cistern today is a museum open to the public every day after a long restoration and is immediately close to the tram station.

The Cisterna di Ezio, today is a football stadium, known by the Turkish name “Çukurbostan = submerged garden”. It was a Byzantine water reserve in Constantinople in the open air. It was built in 421 under Emperor Theodosius II.

The large cistern was oriented parallel to a branch of the Via Mese. Due to its large size, in the Byzantine period the cistern was often used as a reference point to locate other surrounding buildings. After the fall of Constantinople, the French traveler Peter Gillius reported that in the 1540s the cistern was empty. In the Ottoman period it was used as a vegetable garden. In the 1920s the large reservoir was converted to a sports field. 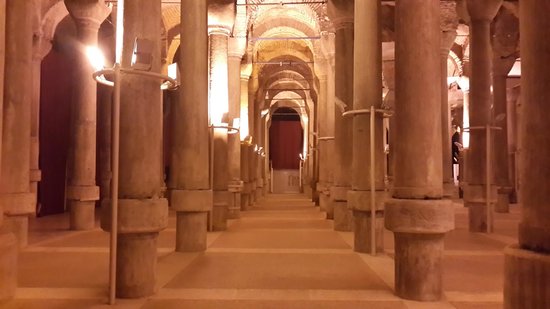 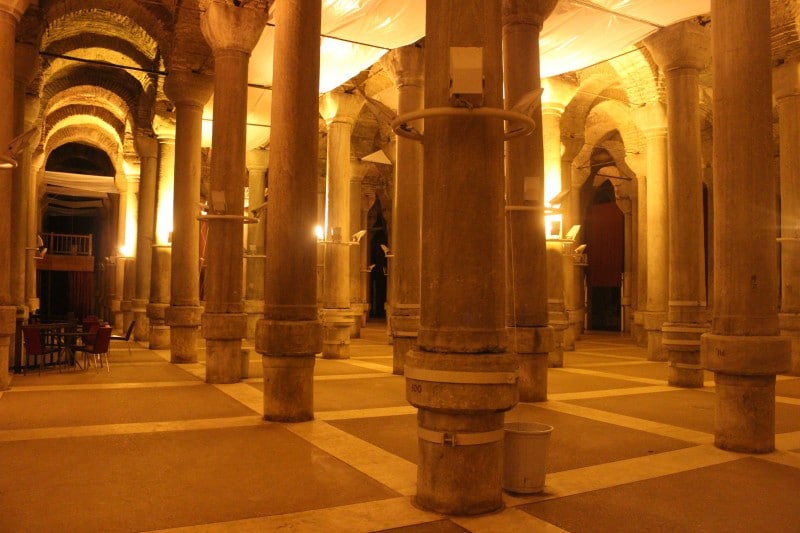 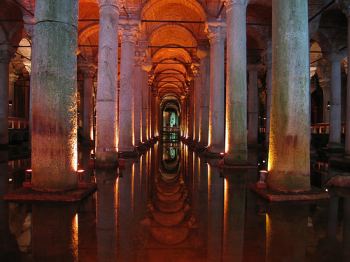 The large rectangular cistern has a length of 244 meters and a width of 87 meters and a depth of about 13 meters. It could contain about 250,000 cubic meters of water. Thickness of its walls is 5.30 meters. It has been hypothesized that this water tank was used to supply the moat of the walls with water and to wet the surrounding gardens. The cistern is located in the fourteenth region of Constantinople and is about 300 meters from the church of San Salvatore in Chora.