The Bosphorus And Golden Horn

Visiting Istanbul cannot end without the traditional and unforgettable excursion on the Bosphorus, the winding strait that separates Europe from Asia. Its shores offer a mixture of past and present, of great splendor and natural beauty. 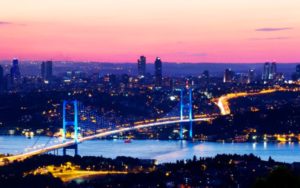 The best way to discover the Bosphorus is to board a steamboat departing from Eminonu or Kabatas which stops, both on the Asian coast and on the European coast of the strait.

The Bosphorus Strait separates Asia from Europe and together joins the Sea of ​​Marmara to the Black Sea, and is 32 km long.

At the narrowest point (700 meters) of the Bosphorus is the European Fortress (built by the Ottomans before besieging Constantinople in 1452).

On the Bosphorus there are two very strong sea currents that reach 3-4 km in speed. The surface current goes from the Black Sea to the Sea of ​​Marmara, while the current which is 40 m. depth goes in the opposite direction.

The currents travel in the opposite way due to the difference in the degree of salinity. The water from the Marmara Sea is saltier than that of the Black Sea. For this reason, the salt water flows 40 meters deep into the sea. 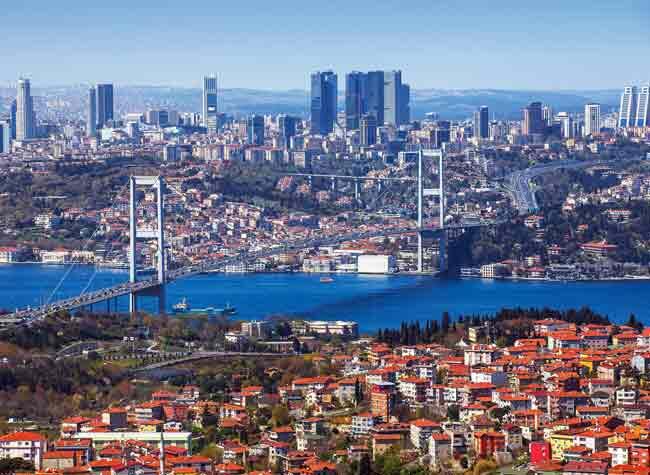 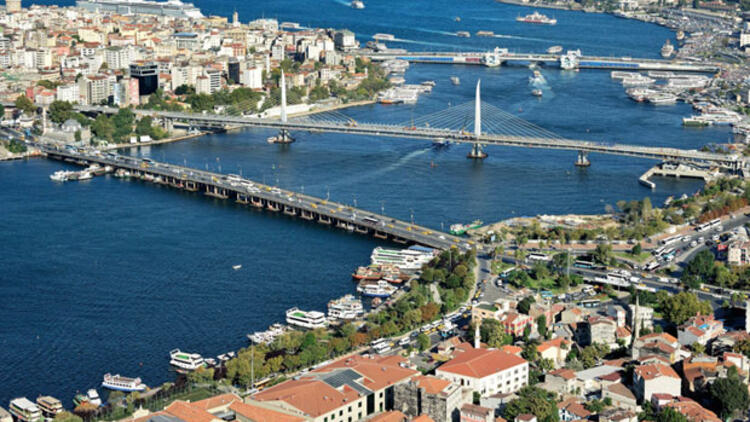 For countries located on the coasts of the Black Sea such as Bulgaria, Romania, Ukraine and Russia, the Bosphorus is a vital passage to reach the Mediterranean and the Ocean.

According to the “Treaty of Montreaux”, the strait is an international line under the control of Turkey. Around 55,000 merchant ships and oil tankers pass through the Bosphorus each year.

The formation of the Bosphorus occurred millions of years ago due to the collapse of a fault line.

Her name comes from mythology, Io one of the innumerable mistresses of Jupiter, father of the gods, was transformed by him into a cow to be protected from Juno’s jealousy.

Juno, noticing the fact, sent a fly on it, Io to save himself from the fly threw himself into the waters of the strait. For this reason the strait was called “Bous (cow) phoros (passage)”.

Throughout history, the Bosphorus always presented itself as an insurmountable barrier for armies that wanted to pass from Asia to Europe and vice versa.

The first bridge over the Bosphorus was built in the 5th century BC. by Darius, king of the Persians, to let his 250,000 soldiers pass on the opposite coast, he had the boats tied one to the other forming a passage.

The Golden Horn is a 6 km long cove. in the shape of a horn that divides the European part in two: ancient Byzantium-Constantinople to the south, from the Genoese colony of Pera-Galata to the north. Golden Horn is one of the best natural harbors in the world. It was the base of both the Byzantine and Ottoman navy and merchant fleets. Today some beautiful parks line its banks, at sunset, the water is reflected in a beautiful golden color. Since 1602 it has been the seat of the Greek-Orthodox Patriarchate where some of the christian sacred relics, the tombs of the saints, the throne of the patriarchate and icons of great value are kept. 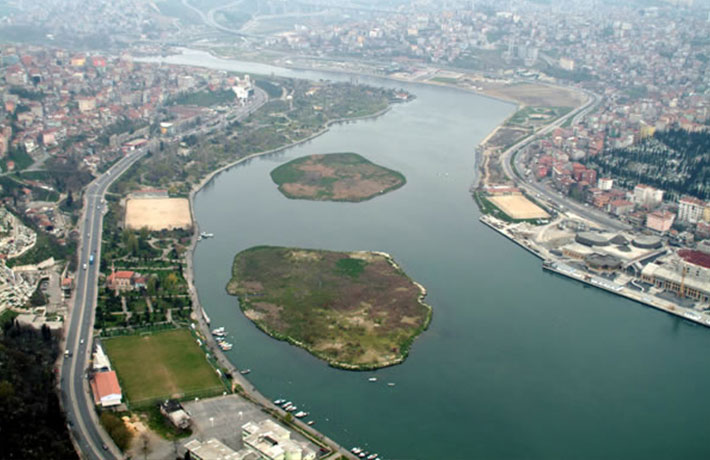 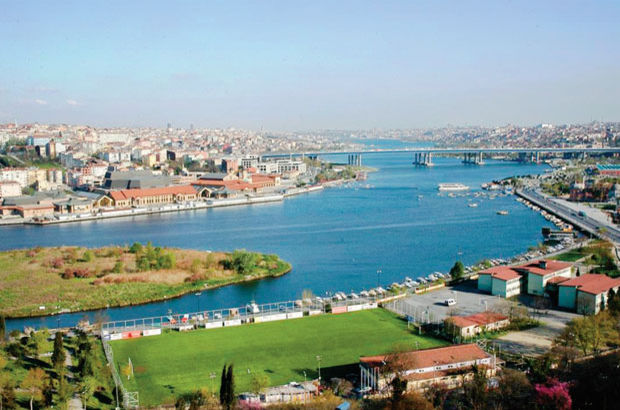 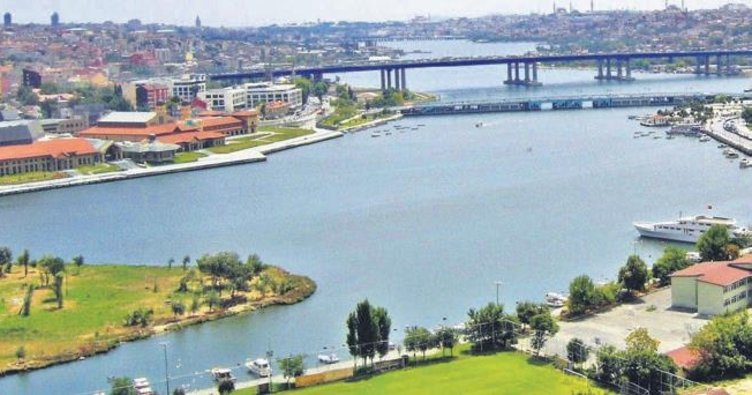 During the Byzantine Empire, the entry of ships to the Golden Horn was blocked by a large chain pulled from the Constantinople side towards the Genoese Tower of Galata so that enemy ships could enter the Golden Horn. Despite this, the barrier was overcome sometimes in history either by breaking the chain or bypassing it. This occurred during the siege of Constantinople in 1453 which then led to the fall of Constantinople, when some galleys of the Turkish Ottoman fleet were transported by land and put into sea in the Golden Horn beyond the chain. Today part of this chain is kept in the Istanbul Archaeological Museum.

Throughout history, several projects have been made to join the two banks of the Golden Horn with a movable bridge. But the first bridge over the Golden Horn was designed in 1503 by Leonardo da Vinci on behalf of Sultan Beyazit II.

The abandonment of the Topkapi Palace and the transfer of the sultan to the Dolmabahce Palace made it essential to build a bridge over the Golden Horn. The first bridge was built in 1836. Later the need arose for another one that could connect the city center with the Galata district.

Until a bridge was built, the connection between the two banks was made by boats. The first wooden bridge was 468 meters and remained available to citizens until 1912. Today there are four bridges on the Golden Horn.