Topkapi Palace And Other Ottoman Palaces

Topkapi Palace And Other Ottoman Palaces

On a promotory where the Bosphorus, the Golden Horn and the Sea of ​​Marmara converge, stands the Topkapı Palace, a labyrinth of buildings and center of power of the Ottoman Empire between the 15th century. and XIX. century. 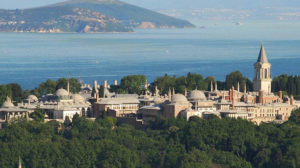 In this rich environment the sultans and their court lived and ruled. The first courtyard (or outer courtyard) contains a magnificent wooded garden, before entering the second courtyard above the Salutation Gate you can read this phrase in ottoman “Sultan, the Shadow of The God on Earth”.

On the right of the second courtyard, shaded by cypresses and plane trees, the kitchens of the palace now house the imperial collections of crystal, silver and Chinese, Japanese and German porcelain.

On the left, the Harem, a separate quarter of the sultan’s wives, concubines, eunices and children reminds visitors of the intrigues of the court. The third courtyard contains the Audience Hall, the Palace Library, the Sultan’s Caftan Hall, the famous Ottoman treasure jewels and a priceless collection of miniatures and medieval manuscripts.

We also find the pavilion of the Sacred Mantle, the “Holy of Holies”, where the relics of the Prophet Mohammed are kept, brought back to Istanbul when the Ottomans assumed the Caliphate of Islam (open every day except Tuesday).

In the four rooms we find the imperial treasure composed of hundreds of priceless jewels, including the famous 86-carat spoonmaker diamond, the third largest diamond in the world, two solid gold candelabras, each weighing 48 kilograms, three thrones richly decorated and studded with precious stones and other objects of inestimable value. 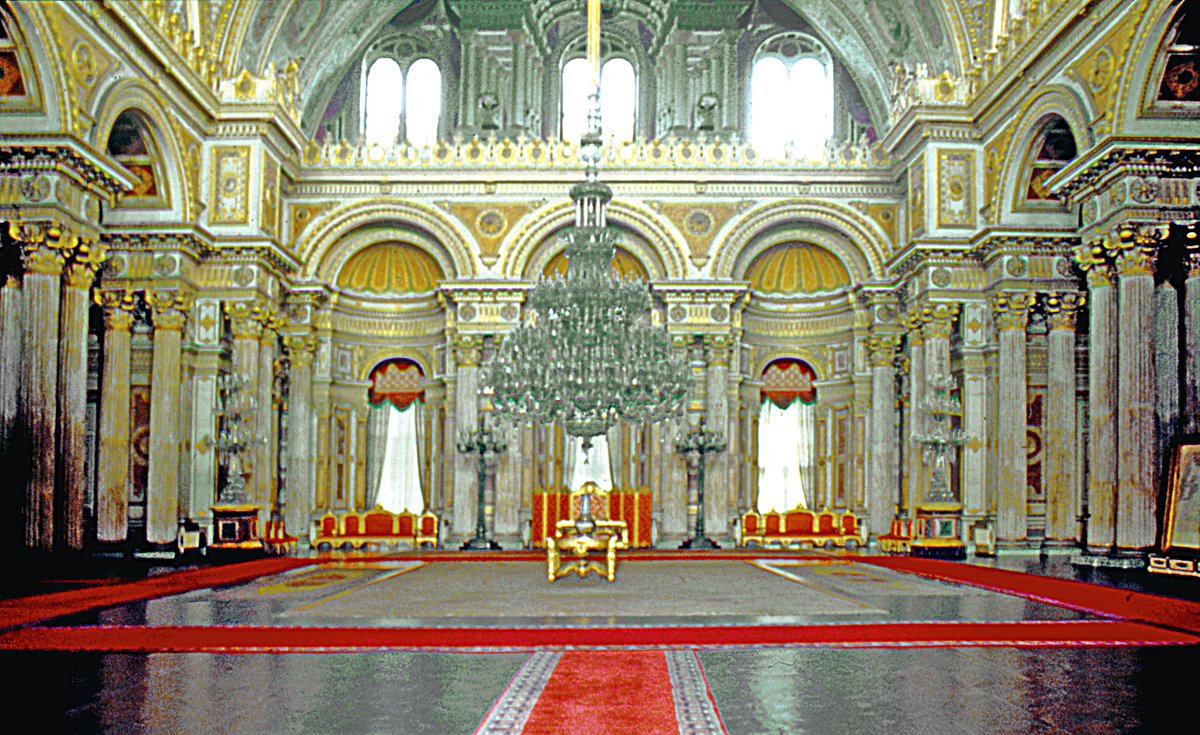 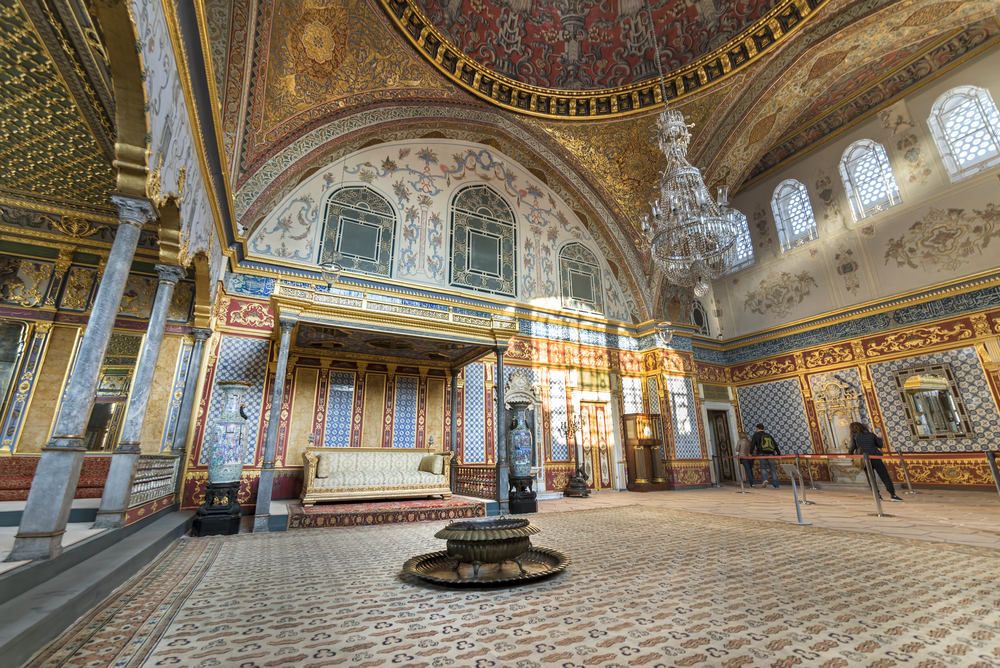 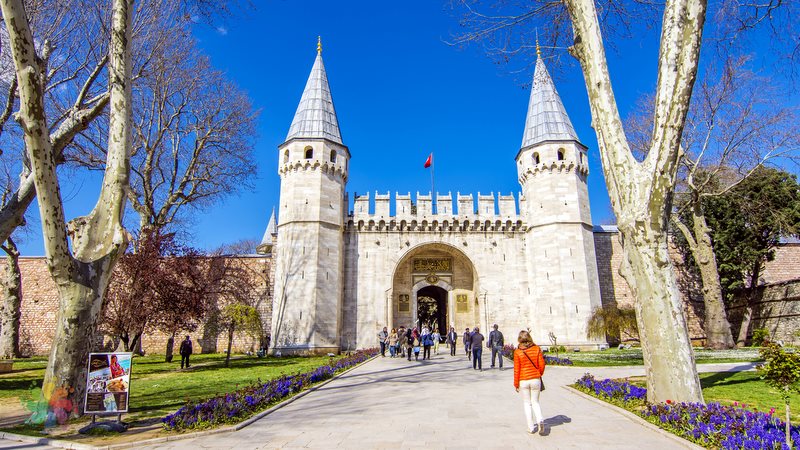 Dolmabahce Palace was built on commission of the 31st Ottoman Sultan Abdülmecit between 1843 and 1856. The master Garabet Balyan and his son Nikogos, Evanis and Smith are the architects, they have used European architectural styles, creating a fusion of Baroque , Rococo and Neo-Classical and traditional elements of Ottoman art and culture. The structure of the building is linked to the courtly tradition and to the particularities of the Turkish house.

The facade of Dolmabahce Palace stretches 600 meters along the European shore of the Bosphorus. The immense reception hall with its 56 columns and its huge 4 and a half ton chandelier with 666 candle seats, always fascinates visitors.

Between 1856 and 1924, the year of the dissolution of the caliphate, six sultans lived in the Dolmabahce Palace. The palace was donated to the Turkish people with a law that came into force on March 23, 1924.

Mustafa Kemal Ataturk, founder of the republic, carried out part of his important studies in this residence and spent the last days of his life in this palace and died here on 10 November 1938 (open every day except Mondays and Thursdays ). 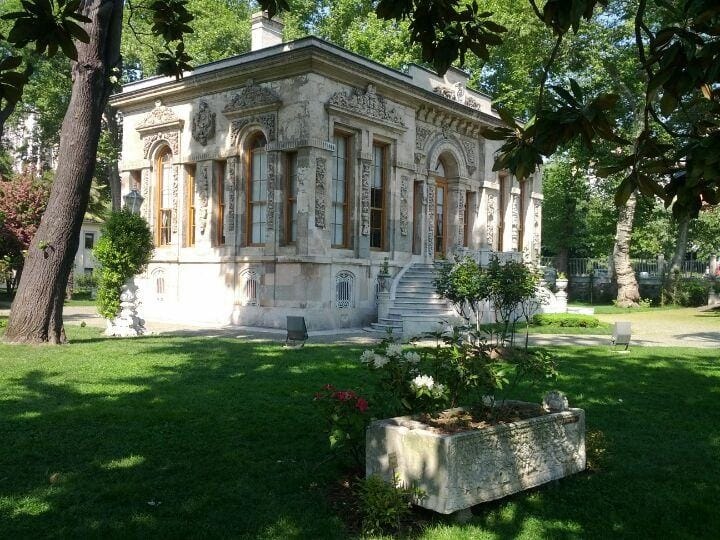 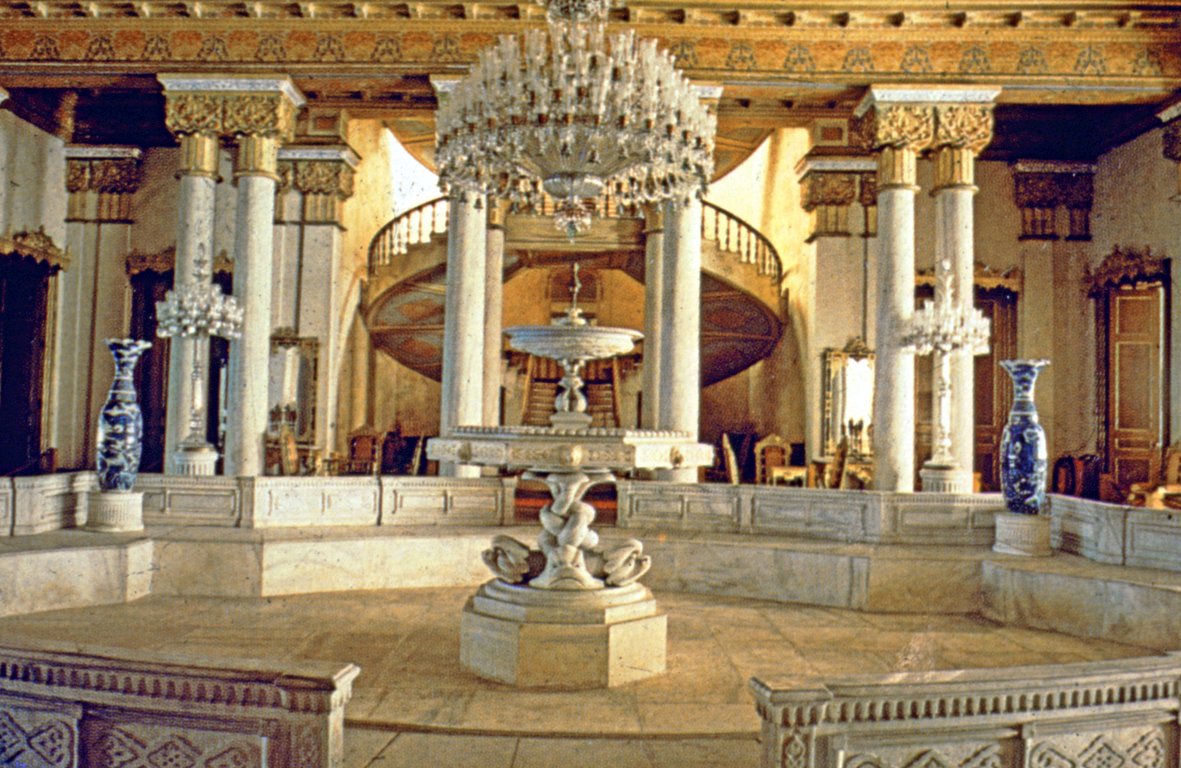 Beylerbeyi Palace was built by Sultan Abdullaziz in the 19th century. Century, on the Asian shore of the Bosphorus.

The palace has two elegantly decorated entrances, 6 large halls and 24 rooms, its floors are covered with Egyptian straw and Turkish rugs, Bohemian chandeliers hang from the ceilings and the clocks are French.

This palace served as a summer home for foreign guests. Among these we can remember King Edward 8., the Austrian emperor Franz Joseph, the wife of Napoleon III. the Empress Eugenie and the Shah of Iran Nasreddin.

Göksu Palace, or Küçüksu Palace, takes its name from the small riviera that flows into the Bosphorus. Built on commission from Sultan Abdülmecit I. in the mid 19th century, served as a summer residence. It has three floors, a marble facade decorated with Baroque and Rococo high reliefs. From time to time, Ataturk also used the palace as a studio. In ancient times the river was full of imperial caiques, but unfortunately it has now lost the beauty it once was.

Ihlamur Pavilion (19th century) is surrounded by gardens of lime trees, which explains its name. It is a two-story pavilion where the Ottomans welcomed important guests.