Considering that Istanbul’s economy is rapidly expanding, the city offers the public transport, banking and medical services of a large modern metropolis. Some aspects of Turkish culture may appear unusual to a foreign visitor, especially if you have never been to a Muslim country before. The citizens of Istanbul, in general, are hospitable and appreciate those who respect their customs. Turks are honest and hospitable people and do their best to return any lost items they find. Objects lost on public transport can be recovered by going to the office of the public transport station.

What documentation is needed to enter Turkey? 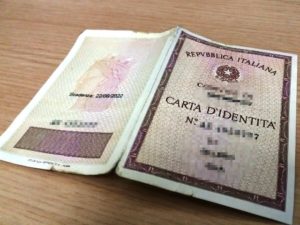 For some years now, the visa application, if necessary, can be made online through the Turkish government website (www.evisa.gov.tr ). Through this site, applicants must complete the application form, upload all the necessary documents and make an appointment at the diplomatic mission to present original documents. And it is also mandatory to have adequate health insurance coverage for any health costs during your stay in Turkey.

How is the safety in Istanbul?

Istanbul is safer than many other European cities and visitors are rarely subjected to acts of violence. However, it is a rapidly growing city with huge disparities between rich and poor, theft and crime are always on the rise.

There are different types of law enforcement in Turkey, which can be distinguished from uniforms. The Security Police is Istanbul’s main public force. Many of the Tourist Police officers speak a European language. The Sultanahmet Tourist Police station is located immediately in front of the Blue Mosque and is open 24 hours for the safety of tourists. The Delfin Agents are motorcyclists and are always ready for a quick intervention. The Traffic Police guards the streets of Istanbul in cars. The Market Police, on the other hand, is a municipal law enforcement force that controls and monitors all bazaars and markets. The Military Police is responsible for the many recruits who are present in the centers and streets of Istanbul.

In addition to the uniformed agents mentioned above, where there are numerous people, there are also agents in ordinary clothes and it is very difficult to identify them.

In a metropolis such as Istanbul, it would be better to beware of pickpockets especially on trams and in stations. In case of danger, shout loudly as there may be agents in ordinary clothes nearby. After dark, try to avoid the areas around the old city walls. The Tarlabaşı and Beyoğlu area was once known for theft,  pickpockets, drug dealing and prostitution. But in recent years, thanks to the safety precautions taken in this area, tourists can go around even at night without having security problems.

How to dress for visiting mosques?

The large mosques are open all day and close around 5pm. Non-Muslim tourists can access mosques during prayers except large mosques such as Blue Mosque and Suleiman Mosque. Some mosques outside have posted a sign with instructions in english on the required clothing. Women must cover the head and legs, both women and men open shoulders, pants must be long enough to cover the knee. For those who do not have a veil to cover their head, shoulders, arms and legs, the mosque workers provide you with shawls at the entrance. The shoes are removed at the entrance and can be left on the shelves if you want to carry them in plastic bags which are immediately found at the entrance to the mosques. Inside the mosques, do avoid making noise and respect those who are praying. Tourists who visit mosques can take pictures safely, but if there are prayers who pray, it would be advisable to turn off the flash.

To get around Istanbul, tourists can dress like in any European city. However, in a more religious district it would be better to avoid mini skirts or shorts.

The current currency is known as the Turkish lira. With the exception of tourist clubs and restaurants, the Grand Bazaar, the Spice Market in the historic center, the foreign currency is not accepted. As the foreign currency is generally accepted in the tourist area, it is not urgent to change money. But it is still worth the change to shop properly. Exchange offices are everywhere and are open until 7:30 pm. 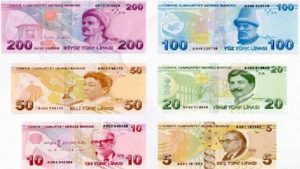 Money exchange can be done before arriving at the otel in the banks located at the Istanbul airports which are open 24 hours a day. Banks are open between 09: 00-17: 00 and there are also ATMs. The ATM’s also work with the english language. Turkish banknotes have six different denominations: 200TL, 100TL, 50TL, 20TL, 10TL, 5TL.

What are the opening-closing hours of the shops?

Public holidays are saturdays and sundays and banks, schools and government offices are closed but most shops stay open until late hours. Shopping centers are open every day until 22:00 while some food shops even until night. The shops located in the historic center open at 08:00 in the morning and close around 22:00 in the evening.

Taxes and tips in the restaurants, cafes and hotels etc?

VAT (in turkish KDV) which varies between 8 and 18%, is included in the prices of both hotels and restaurants and cafes. In clubs and restaurants, due to the quality of the service provided and the professionalism of the staff, it would be better to leave a 5% tip on the total bill to the waiter as a tip. Even the waiters in simpler places will appreciate your gesture.

How is the climate in Istanbul? Which season is best to visit Istanbul?

Summers in Istanbul are hot and humid, while winters are mild and rainy, so it is best to visit in spring and autumn when the weather is warm and sunny to better enjoy outdoor cafes. Temperatures in the middle of summer can reach 35 degrees and to visit the city it would be better if you avoid going out at noon. The city, both in summer and in winter, is increasingly chaotic but cheaper, but in winter the monuments and museums are less crowded. Hence, the spring and especially autumn months are the most ideal months to visit the city in a less expensive and less crowded way. Keep in mind that you will need to be dressed appropriately (shoulders and knees are covered) when you are visiting mosques.

Ancient hospitality is still very important in Turkish society. Show respect for Atatürk, whose image is often visible. Prudent and considerate gay tourists shouldn’t have any problems, although overt displays of affection in public should be avoided as much as possible. In any case, gay clubs are located in some districts. Since 2008, smoking has been banned in all indoor venues, government offices, restaurants, bars and public transport.

Istanbul, in recent decades, has provided services for the disabled. Most mosques, museums and restaurants have wheelchair access and the museum staff are very helpful towards the disabled people. There are suitable entrances on some buses and telephones located below. All subways have elevators for the disabled, pregnant and old people. And the tram stops have tracks with wheelchair ramps.

Women traveling in Turkey may be subjected to unwanted attention, but physically they are not at risk. It would be best to dress discreetly to avoid any harassment. In the Beyoğlu area, Taksim would be best to go out in the evening with a male escort. There is a certain maculism in traditional cafes, but Turks still have a certain respect for lonely tourists.

Students can find inexpensive accommodation by asking the Tourist Information Office. There are also some cheap hostels and guesthouses in the touristic centers.

Discreet photography does not bother you but, in almost all museums and mosques it is forbidden to use a flash and the use of tripods. It is always best to ask permission before photographing local people.

Environmental awareness is spreading throughout Turkey and there are containers on the streets for separate collection. And the recyclable material (plastic, paper, glass, metal) collected by the municipality of Istanbul is then sold to private operators, then to buy the wheelchairs to distribute to the disabled in need.

The Turkish health system is made up of public and private hospitals and both are well equipped and have qualified staff who many speak English. Pharmacies are in everywhere and marked with a red “E”. And if you need a pharmacy at night, therefore out of the opening hours, on the pharmacy bulletin boards you can find the notice of all pharmacies on duty open with their address.

All major cities in Turkey have high speed internet access. The clubs, cafes, restaurants and otels also offer wireless connection. Post offices can be identified with PTT letters and the service is always reliable. In many otels, cafes and restaurants the wi-fi internet connection is always free.

Near the main attractions are the tourist offices (open from 09:00 to 17:00) where you can get a free city map and you can get information on questions related to your stay in Istanbul. In Istanbul all museums open at 09:00, while the mosques at 08:30. Most of the attractions are closed one day a week. Public offices and banks are closed on weekends and shopping centers are always open.

Citizens of neighborhoods such as Fatih, Üsküdar and Eyüp some religious women may be dressed covered in the street. In areas like Beyoğlu, Galata, Taksim and Beşiktaş, most Turkish women dress like Europeans. In these neighborhoods full of bars and restaurants, turks generally drink alcohol with temperance and annoying drunkenness is not well seen. Those who violate the laws for drunkenness find little tolerance.

The historical Ottoman baths (hammams) are typically found in tourist-frequented areas and the most famous ones are Hürrem Sultan (near Hagia Sophia), Cağaloğlu (near the Basilica Cistern) and Çemberlitaş (next to the Grand Bazaar). They always have two sections and at the entrance the sections are separated with the words bay / men and bayan / women. Both hamams and mosques have facilities for both men and women. If you go to any place, cafe or restaurant you can use their modern and clean facilities without consuming anything and completely free.